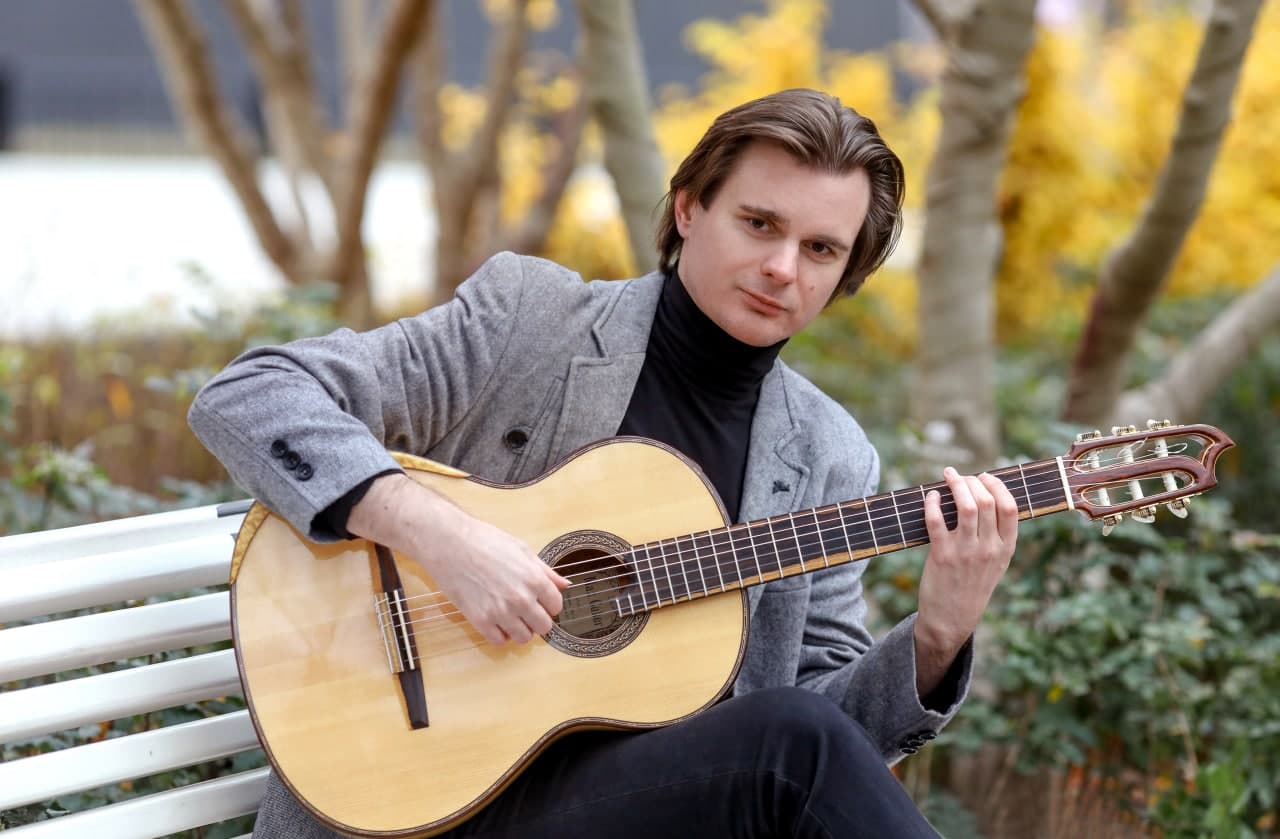 As a winner of 2013 Guitar Foundation of America Competition and more than 20 other prestigious contests around the globe, Russian guitarist Anton Baranov has established himself as one of the leading guitarists of today.

His performances in a number of distinguished halls such as Carnegie Hall in New York, Mariinsky Concert Hall in St. Petersburg, Tchaikovsky Hall in Moscow, Centenario Hall in Beijing have been described by musical critics as “pure magic” (Cleveland Classical), and “manages to paint beautiful sound pictures of rich depth and color with his guitar.” (The Guitar). Besides his concert activity Anton Baranov gives master-classes at McGill University in Montreal, South Vietnam Conservatory in Ho Chi Minh City, Estonian Academy Of Music And Theatre in Tallinn and other institutions.

Baranov's recordings include one album for Naxos Classical and a CD for Contrastes Records. Naxos release of Latin American Guitar Sonatas received American Classical Records Guide award as one of the best albums of 2014. His Contrastes Records album consists of Spanish guitar music and it's on the market since August 2014. The most recent recording 'White Nights serenades' released in August of 2019 by 'Fleur de son classics' and distributed worldwide by Naxos of America.

Anton Baranov was born in 1984 and started playing guitar at the age of ten. He completed his musical education at the oldest and most famous Russian school of music, the Saint-Petersburg State Rimsky-Korsakov Conservatory in 2010 and currently teaches at Mussorgsky music college.

Mr. Baranov has been a D' Addario artist since 2013 and plays Max Cuker guitar.